Bank Andara won Hanson Wade’s award on The MicroFinance Recognition Awards Asia 2011,  as the most Innovative Use of Technology for MicroFinance, which has been held on January 24-27th 2011 in Singapore. Don Johnston as the Chief Business Development Officer received the award on behalf of the bank. Bank Andara implemeted Fundamo’s technology in developing AndaraLink as a product and network to streghten Micro Finance Institutions (MFIs)’ competitiveness in Indonesia.

Awarded by Hanson Wade, who creates world-class business and scientific events. Hanson Wade’s goal is to accelerate progress within organizations and across industries. Their primary method for achieving this is by creating exclusive business conferences that gather together the world’s smartest thinkers and doers on specific subjects. 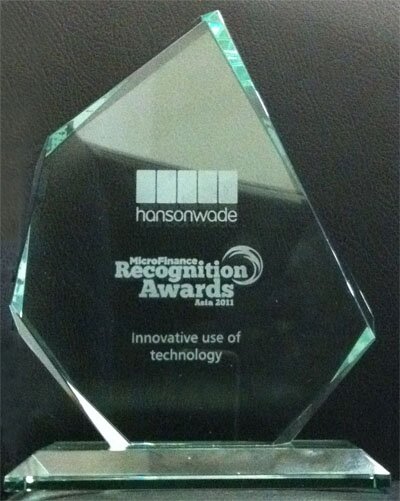